Starting from hardware side of things, all components were tested separately on breadboard. Putting all this together in a manageable package is just a bit of work.

The compnents used here are:

1x some kind of case. I used a breaker box case.

5x leds. One green, two blue and two red ones.

6x something to shield sensors from elements.

some wires, and some screw terminals for connecting wires otside the case.

Why so many components?

Leds and 1K resistors go hand in hand and are not essential, but then again they give a good status overview. Also a lot less sensors can be used. About half of them are actually not used by the software.

A bulk of those components are consumed by relay schematics.

Also a place for second relay is prepared in that case, but it is not installed. I might use it for controlling an electric boiler.

Inside of that box could be made a lot more cleaner, by not using airmounting for example, but it is the way its is right now.

Outside of the box looks quite ok. Three of the five leds are illuminated. Some kind of labels for leds should be written. From left to right they are 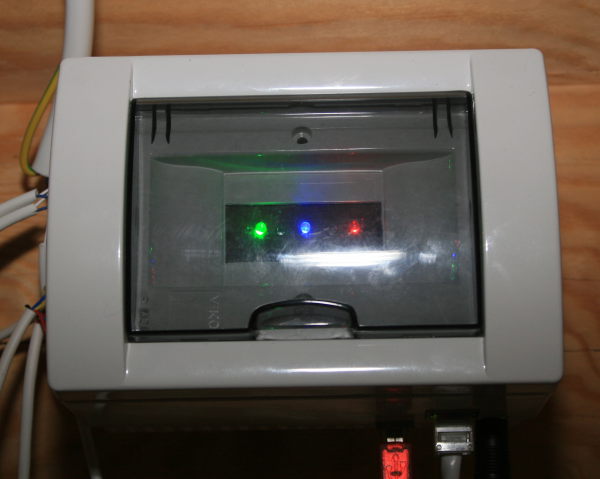 USB cable is connected for testing purposes only 🙂 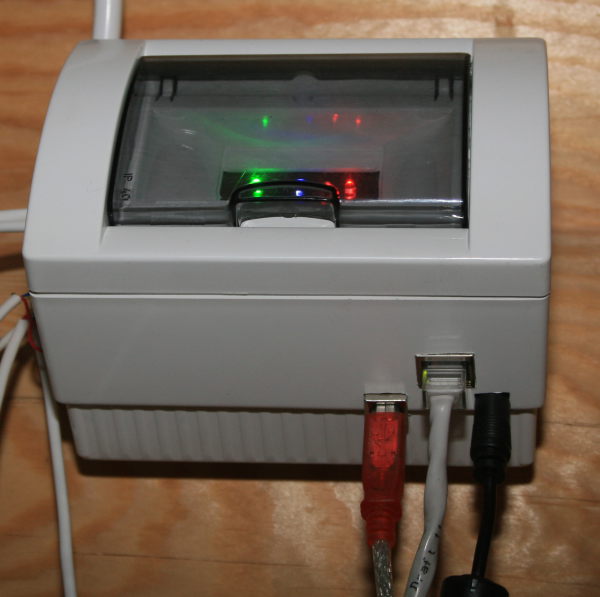 It would be a lot cleaner when only one wire devices were used. As can be seen here, one wire (BUS) connectors are connected in star formation. Parasite power of course.

Inside is not so neat. I should of mounted components on some custom boards, should of used more different colored wires etc but here it is. 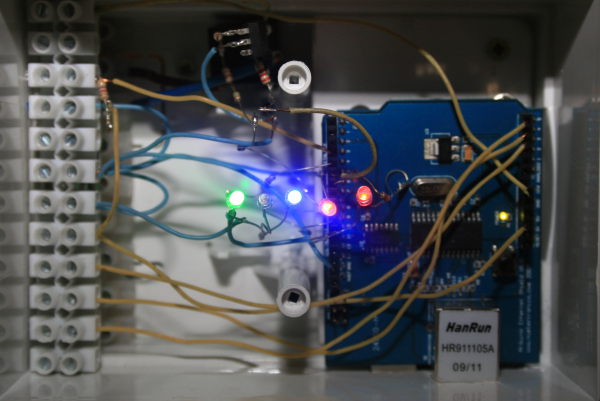 Look from a different angle, so lower connectors can also be seen: 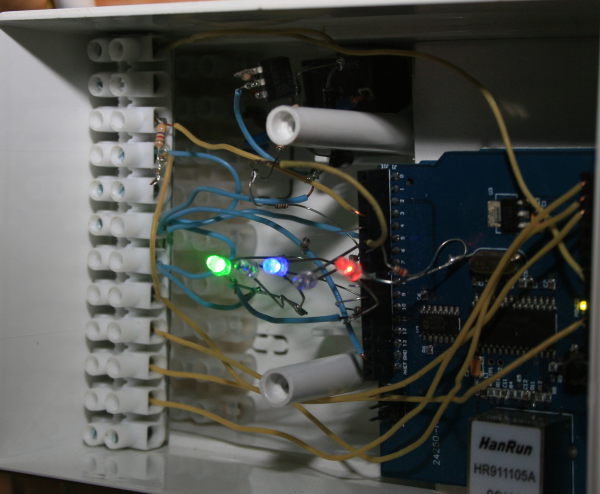 Total cost of hardware about 130 €

By continuing to use the site, you agree to the use of cookies. more information